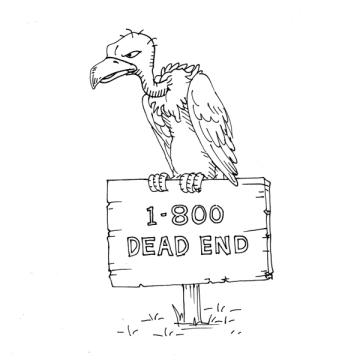 As part of working with the monthly data, we analyzed the whole number database, breaking it down by resporg and found some very interesting things.10% of the resporgs have 14 numbers.That means they were given two test numbers per area code, when the resporg was created and they probably never added or changed anything.They’re not only inactive but they have NEVER had any activity at all.

There are 15 more resporgs that have less than 14 numbers or less and another dozen with zero numbers.They are resporgs that have had at least some activity since 833 numbers came out.All together, 17% of the resporgs are ghost resporgs.They’re either dead or in many cases never lived at all, and just linger on paper.

It makes me wonder like the tree falling in the forest, does a resporg exists without any numbers, make any noise or really exist?

“Your team at TollFreeNumbers.com has been excellent throughout this process. I was a little hesitant about getting a toll free number after hearing and reading so many horror stories, but from start to finish you've made this a simple, step by step process that anyone can follow. Everything you've advertised happened as written, and your team was great about answering any questions I had. I tell anyone that's getting a toll free number and doesn't want to stress over the outcome to contact you.”

“Thanks very much for the help with assisting us to gain the 800 toll free number. It was simple to get the number! You have an enormous and a fantastic toll free number list to choose from. Because you have a wider selection, we were able to acquire the number at a much discounted price from your competitors. Not only that, but you offer suggestions which carriers to use, and yes, they were a lot less than the other carriers we called! We will save a ton of money every year just from your suggestion in that alone. Thanks again for your help!”