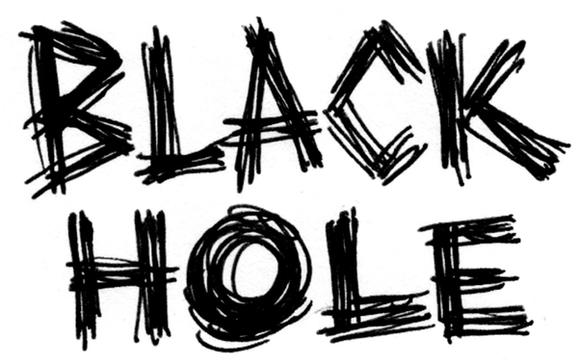 Why do I call them the Black Hole

There’s an organization that’s actually using multiple different resporgs, that I call the Black Hole, because they suck up everything in the universe and nothing ever comes back out. They actually do throwback numbers sometimes, but they seem to just keep growing and growing.They have multiple resporgs so it’s hard to see the exact number, but you almost have to measure them in terms of the number of AREA CODES that they have, of toll free numbers not just in millions of numbers.That’s right, out of the 7 actual area codes of toll free numbers, they have the equivalent to AREA CODES of toll free numbers!

The first question people ask is how is that possible. The short answer is that they’re in the Mass Misdial Marketing business, meaning they make money off of the wrong numbers. So ask yourself this: If the amount of money you made was based on how many good numbers you had, how many would you want? The obvious answer is “ALL of them” or at least as many as you could get without disrupting the system. And that’s exactly what they’ve done over the past couple decades.

Unknown block type "image", specify a component for it in the `components.types` prop

In some ways I definitely admire what they’ve done and am envious.I may work on adding up the actual value of all their numbers, because it has to be in the billions of dollars worth of numbers. I started in this business about the same time and nothing I’ve even tried to do is that big. I obviously took a very different approach and didn’t put the amount of money into it that they have, but the invisible monopoly on numbers they’ve built is impressive.

The next big question people have is how can I buy a number from them or why don’t they sell their numbers? The best answer to that is that they can’t sell their numbers to anyone at any price, because their business is worth more to them than any number is to anyone else. I say that because if they sold numbers, then they could be accused of “hoarding and brokering” toll free numbers. If they only use them for their own marketing purposes, ie, making money off of misdials, they can’t be accused “Hoarding and Brokering”

That’s also part of the answer to the third question people have, which is “How do they get away with this?” The answer to that is that they claim they didn’t get them for the purpose of reselling them, they just got them for their Marketing, namely for misdials. You’ve seen or heard about domain names being valuable because they were one digit away from a popular site. Well, they make money from the random traffic on toll free numbers the way some companies do with domain names.

Sometimes I answer the question about whether you can buy a number from them by saying you have a better chance of negotiating peace in the middle east. I like that analogy because some high-level executives tend to think they can negotiate (or buy) anything. Unfortunately, though, that’s not the case in this situation.

I also think their long-term goal is probably to be able to get the regulations against hoarding and brokering toll free numbers to be changed. I believe they’ve invested millions of dollars and sucked up the lion’s share of good numbers for decades with the hope that they can eventually see a billion-dollar payday if they are allowed to sell them in the future.In the meantime, if they have one of the numbers the best and really only solution is just to be More Creative! There’s always more options than you think there is at first.

“It is a very easy process to get a great vanity toll free number with TollFreeNumbers.com. We have been very pleased to see that it was up and working quickly and smoothly. Highly recommend 1 800 MARKETER!”

“My buying experience with Tollfreenumbers.com has been awesome! So much easier then I ever thought it would be. Your customer service has been outstanding and answered every question that I had which were many for thats how I am! Thank you so much and will recommend your services to all my friends!”