Resporgs that have less than 50ish numbers and don't have a website or at least an up to date one, are usually Secondary or unused resporgs.

This could be called the "Who Cares" category. I honestly only made it to make it easier to keep the irrelevant resporgs off of the main list for the other categories.

Some of these are the result of mergers and acquisitions which are common in the telecommunications industry. Some are simply resporgs that have probably never been used, because they have the default two test numbers per area code.

Hopefully this is part of why our site is helpful, because we show which resporgs are secondary and which ones important. The only other source for any of this information, at Somos, the database administrator, they don't show the quantity of numbers per resporg or differentiate between resporgs with numbers and those without. 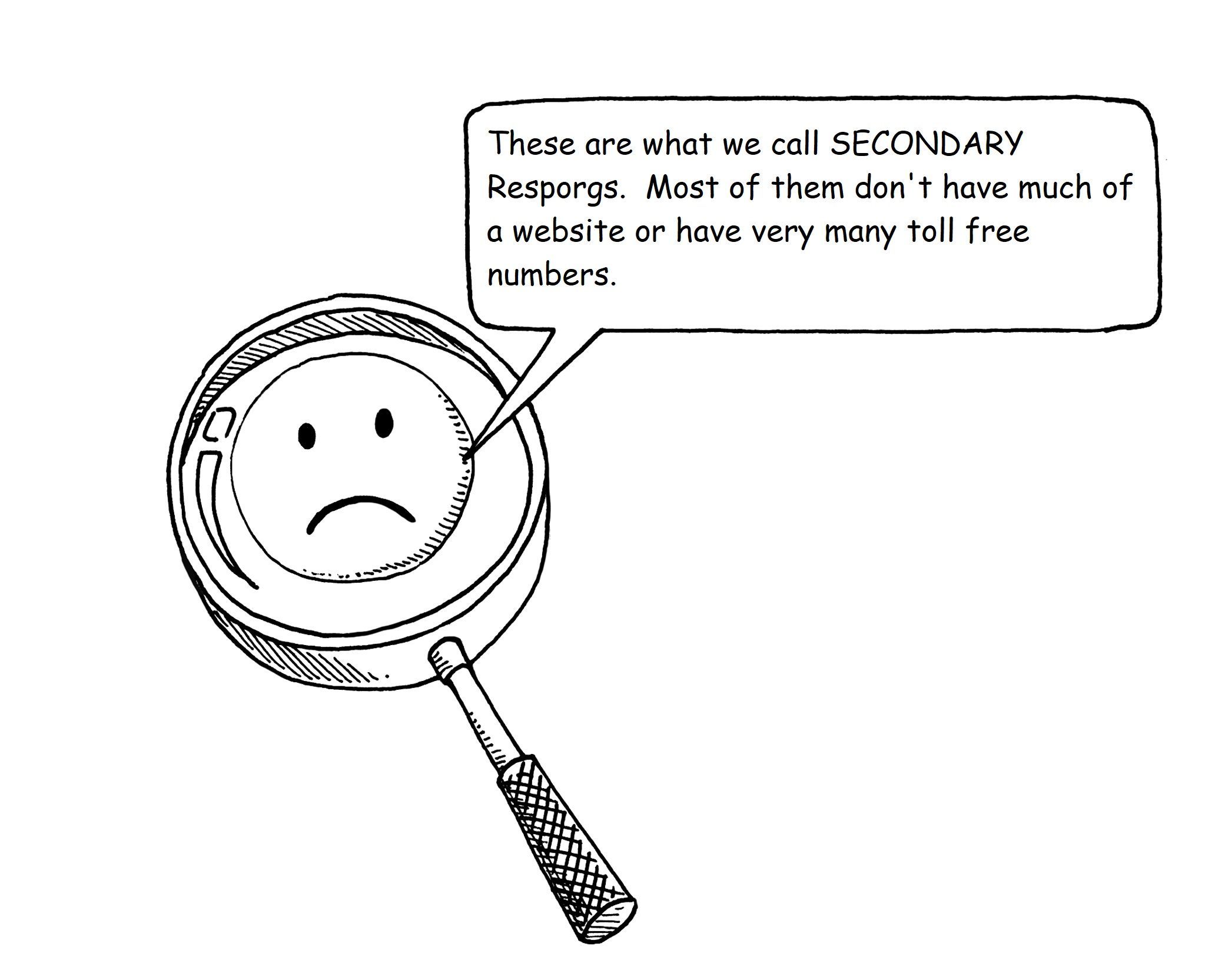 “I honestly dont know what to say other than to offer all of you sincere thanks and praises on behalf of our firm. Not only was your website unique in that it offered a streamlined approach to attain a quality vanity number. I found the search engine easy to use (for laymen or women) in that a determination as to what numbers are available could be made in a matter of seconds. Not only are we pleased with our purchase, were excited about it! Finally, I thought the customer support was outstanding in that it allowed me to navigate through a transaction in otherwise completely unfamiliar waters. Thanks.”

“Building a business is as exciting an endeavor as it is a careful one. You need a right building blocks at the right time and also have them be saleable. Toll Free Numbers has helped unify the way our customers get in touch with us by letting us pick our own number. That goes a long way and they are fast and friendly about it all too!”

“We got an awesome number from TollFreeNumbers.com (1 800 MARKETER). They are amazing in their large selection of numbers available, reasonable cost and great customer service. Would highly recommend them!”